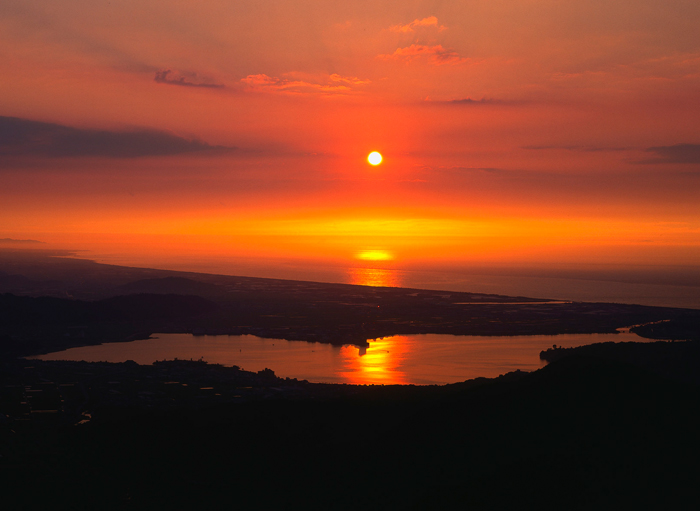 
Lake Togo is a lake in Japan separated from the Sea of Japan by a narrow coastal strip. It is in Yurihama in Tottori Prefecture.
From aerial views, Lake Togo resembles a Japanese crane, giving the lake the nickname "Crane Lake."

Hawai hot spring gets it's hot water from a source in Togo Lake on the Western coast of the lake. Hawai hot spring's water is said to have many benefits such as: skin plumping, softening, and moisturizing due to the natural abundance of sulfuric acid, silicic acid, calcium, ions and other skin beautifying minerals. 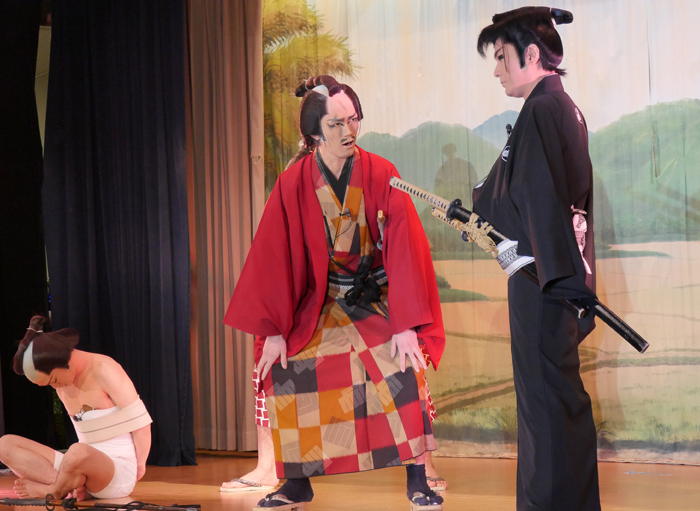 
You can enjoy a special performance of "taisyu engeki" at theater kobuza. "Taishu engeki" is a genre of popular theatre in Japan. Performances are generally split into two sections. A short play or skit will feature most of the troupe in a brief story, often set in the Edo period, and featuring human interest elements as well as swordfights and historical or samurai themes. Efforts are made to inspire a feeling of closeness between the audience and the performers. This is followed by a series of dance numbers, each performer appearing on stage alone, one at a time. The performers wear traditional-style kimono and over-the-top make-up, dancing to enka. Various lighting effects add to the flashiness of the dance numbers.


Located in the middle of Tottori Prefecture, Utsubiki park is one of the most famous for cherry blossoms viewing parties.
People flock to enjoy the 4,000 cherry trees in the park.
Every spring, Utsubuki park get crowded with viewers and street stalls. When you get to the park, don’t forget your camera! 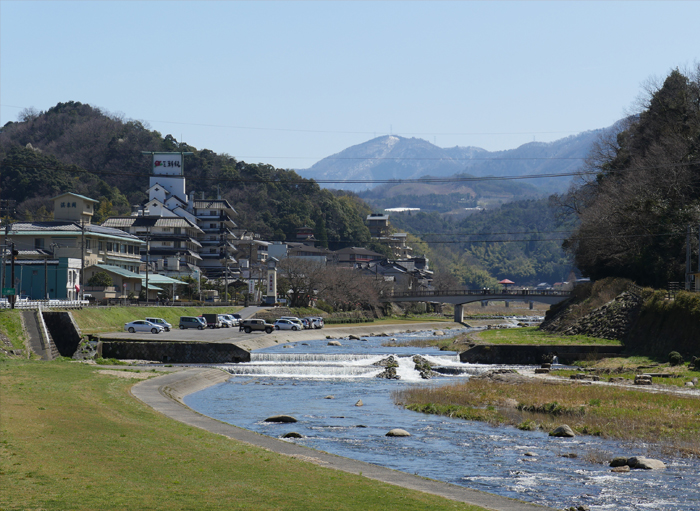 
Located in the middle of Tottori Prefecture on the Mitokugawa River , Misasa Hot Spring is one of the region's most famous. The hot spring's water contains naturally occurring low-dose radium, and is said to boost the immune system and encourage healing in the body. Breathing in the steam is also beneficial against neuralgia and autonomic ataxia. Take a stroll around Misasa's charming little town and try out the free hot spring foot bath or even drink some of the water.